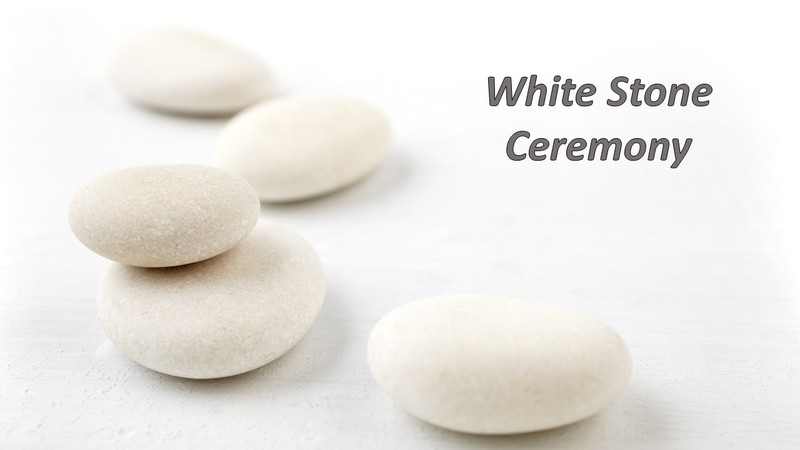 In days past, when people were released from prison they were given a white stone to represent their freedom. The stone signified a clean slate, a new start.

During our White Stone ceremony we are led in a guided meditation. Each person privately invites a word or phrase which will represent their new nature, their theme, their focus, for the next year.

Each person writes on their white stone and holds it as a symbol of their new start for the new year.

Subscribe to receive email updates with the latest news.